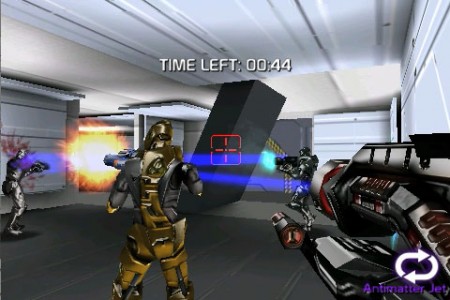 Ngmoco has announced that their much anticipated first person shooter Eliminate will be free in light of Apple’s announcement that free apps can now offer in-app purchases.

More details are said to be following, but Ngmoco has long announced that Eliminate would carry in-app purchases for energy that allows players to earn additional credits. Every player gets a certain auto-renewable source of energy, but once depleted, to earn more credits the player must either 1) wait a certain amount of time for your energy to recharge or 2) purchase more energy. If you don’t care about credits, you may also continue to play but simply be ineligible to earn credits during those games. Credits are used for equipment upgrades and leveling up. We had a hands on with the game earlier this month which explains the system in detail and also gives impressions of the gameplay.

Based on comments by Ngmoco about the “aggressive” pricing of Eliminate, we long suspected that Ngmoco planned on making the bulk of its income in these in-app purchases. The move to a completely free game would expose Eliminate to a much larger audience of potential customers and also remove the issue of having a large enough user base to support an online multiplayer game.

Eliminate has been submitted and is awaiting approval from Apple.