A couple weeks back we posted a sneak peek of the v1.1 update to Meridian’s zombie shooter with RPG elements Alive 4 Ever [App Store].   Late last night the update went live, brining a new level of carnage to iPhone gamers looking for action and gore. 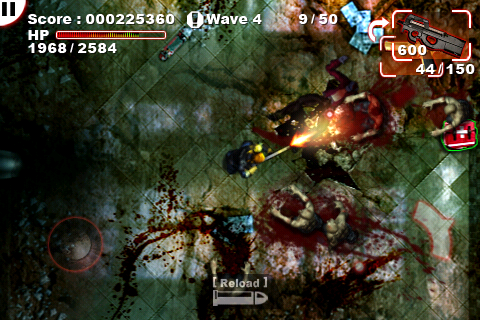 The developer lists the following features in this update:

Meridian provided us with the following trailer showing gameplay in the v1.1 release.

A planned v1.2 update will add Wi-Fi multiplayer gaming to the mix.  See our review of the initial release, posted in late August.