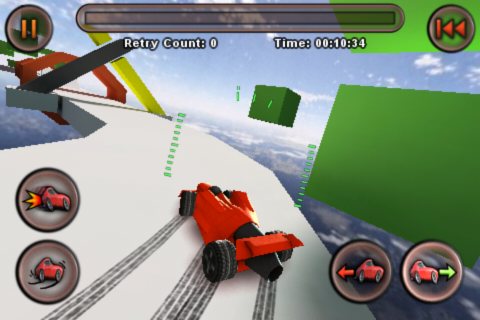 True Axis has released its much anticipated Jet Car Stunts racer which has been described as “a fun, over the top, 3D driving game, with massive jumps, mid-air hoops, floating platforms, spiral roadways, outlandish maneuvers and impossible environments.” The game offers two modes of play:

Here’s a video of the time trial mode: