Following on the heels of the recent rerelease of Edge [$2.99] comes Mobigame’s next title, Truckers Delight: Episode 1 [$2.99], an episodic retro styled arcade racer. Based on an incredibly not work safe video filled with pixel art, cartoon nudity, and many other potentially offensive things by director Jérémie Périn, Truckers Delight: Episode 1 seems to be based on just the first segment of the video in all of its 8-bit glory. Presumably, the other portions of the video will be coming as their own episodes in the future. 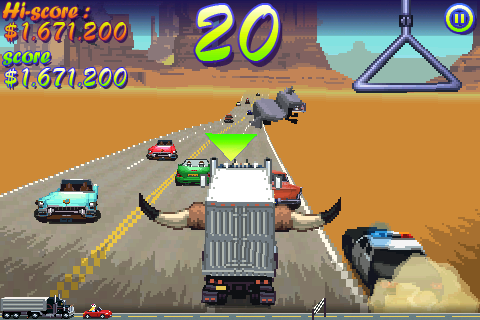 In Episode 1, you play as a truck driver chasing a girl in a sports car down the highway. The iTunes description mentions similarities to the classic Sega arcade game OutRun, which couldn’t possibly serve as a better comparison. Tilting the phone controls your truck, and all you do is chase the girl, ramming her car whenever possible for points. A countdown timer is constantly ticking away which is refreshed by passing checkpoints, and during your pursuit you will need to fend off angry police, bikers, and avoid a constant onslaught of traffic that will slow you down. 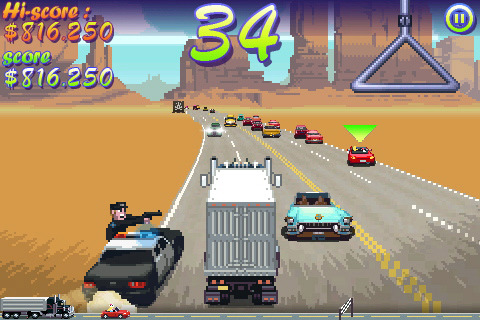 Several power ups can be picked up during your adventure. So far I’ve come across three: A set of horns that allow you to ram other cars off the road easily, a rocket booster that sends you flying towards the next checkpoint, and a tongue attack point multiplier. You can also honk the horn of your truck, this doesn’t seem to do anything, but I can’t seem to help myself from doing it almost constantly.

Truckers Delight: Episode 1 includes an odd amount of cartoon nudity for a game on the App Store. Not only does it include the first portion of the original video, but when you pick up the power up to let your tongue fly, it quite literally results in an on-screen explosion of naked women.
I’ve actually had a surprising amount of fun with Truckers Delight. Mobigame did a great job of nailing the feel of endless retro racing games, and the difficulty ramps up nicely requiring quite a bit of concentration as you dart between oncoming cars in your 18 wheeler. Truckers Delight features online leaderboards which are already loaded with scores that are about twice as high as my best score, and it’s hard to not get in to the catchy soundtrack included with the game. 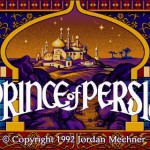