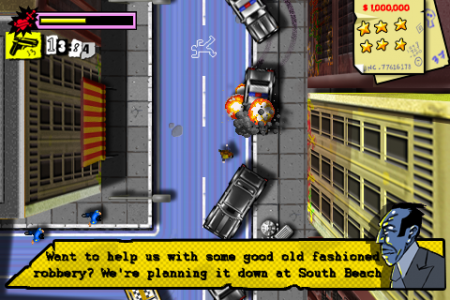 There are few good excuses for driving like a maniac, but having just robbed a bank is one of them. With a hostage in the back seat and a phalanx of wailing sirens on your tail, a few swerves and dodgy corners are inevitable.

In Car Jack Streets it’s not the post-felony frenzy that makes the driving erratic, but rather the controls. No matter how badly you may want to play in these streets, any desire to explore this great-looking sandbox adventure is flattened by an awkward interface.

A million dollars in gambling debts catch up with Randal in the opening moments of Car Jack Streets. At the behest of Randal’s Uncle Murphy, you’re thrust into a world of crime as a last resort to pay back mob boss Frankie.

As if that wasn’t bad enough, you have to fork over in one week more than most of us make in an entire year: $50,000 has to reach Frankie each week in order to absolve your debt.

Car Jack Streets plays in real-time, so a week translates to an actual seven day period. When you begin a new game, you first payment is due exactly seven days from when you started. $50,000 is quite a chunk of change and acquiring that much money means working your butt off in a variety of missions.

Jacking cars and dropping them off at a chop shop nets you quick cash, as do more involved violent actions like mowing down a group of gang bangers or serving as the getaway driver for a bank heist. There are also benign missions like protecting city hall from thugs, running a public bus route, and filling in for an ambulance driver. If variety is the spice of life then Car Jack Streets tastes like curry.

Accomplishing these missions, however, is difficult due to an obtuse interface. A GPS function enables you to set destinations via a list of locations, yet there’s no map of the city available. Setting the GPS prompts an arrow that points to your location instead, but it does so as the crow flies. Without a map for reference, you frequently get caught in dead ends until you learn the map. 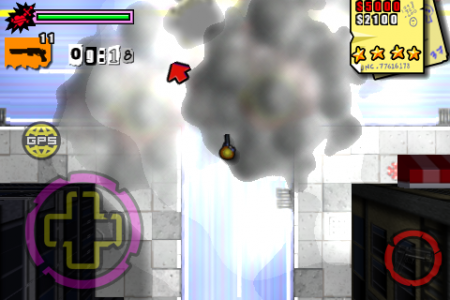 One wrong turn can cripple your chances of completing a mission, turning a minor annoyance to a serious design flaw. While it’s understandable that a mini-map isn’t included as a measure to avoid cluttering the interface, a map of the city accessible from the GPS pause menu would be extremely helpful for identifying bridges and dead ends.

Control problems mar otherwise entertaining gameplay; specifically, the vehicle controls leave much to be desired. Instead of absolute steering in which pressing left or right on the buttons turns your car toward the left or right of the screen, the controls move your vehicle left and right relative to the position of the car.

In other words, if you’re heading south and press the right key you actually turn left because the car turns to its right – not the right side of the screen. As our own Rob Hearn remarked when he reviewed the mobile version, the awkwardness eventually passes, but Car Jack Streets‘s control scheme is likely to split opinion.

The option to use different control schemes would make it infinitely more playable for those who find the relative system counter-intuitive.

It’s not a game-breaker by any means, but along with the dodgy GPS it manages to take some of the sheen off Car Jack Streets‘s finish. As much as you may want it to hijack your spare time, this is a game that would have benefited from a tune up before hitting the streets. 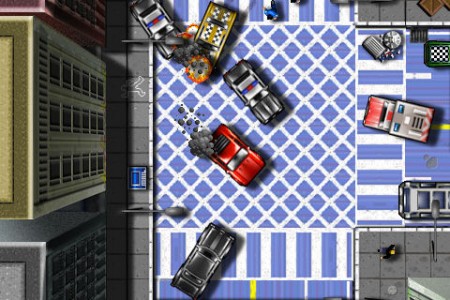 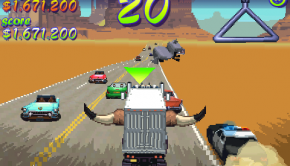 GTA: Chinatown Wars Out in US First Impressions & Video →