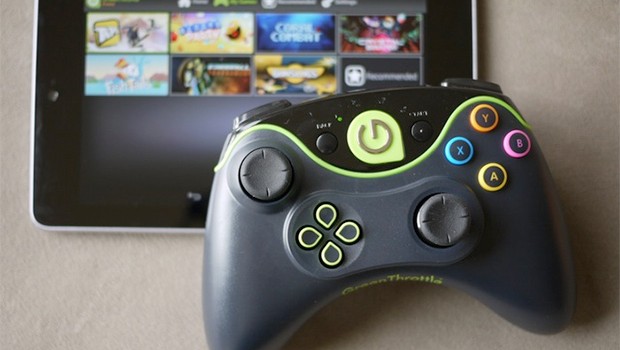 The BBC has reported that Google, the search engine giant, has purchased significant portions of Green Throttle Games, a California company that makes gaming peripherals. While Google did not purchase the entire company, they did confirm that they bought elements of the firm for an undisclosed amount, and two of the company’s co-founders will be joining Google.

Who is Green Throttle Games?

Green Throttle Games produces a game controller that was designed to connect wirelessly to mobile devices by using Bluetooth technology. This can overcome the typical limitation of gaming on smart phones and tablets, by providing physical buttons for precision controls. Let’s hope that the Santa Clara Company that now belongs to Google will bring something new to the table sometime in the future.

Green Throttle Games came up with an Android app that demanded the use of its own “Atlas” controller, which by the way looked just like the Xbox 360 joystick, only it was connected to other Android phones via Bluetooth. The app was removed from Google Play at the end of 2013, and it looks like it only had a couple of thousands downloads. The company kept selling the Atlas controller in spite of the fact that gamers couldn’t download the app anymore. But all that is in the past right now.

This acquisition feeds industry speculation that Google is working on a TV set-top game box, which would enable customers to play Android games on the big screen. This is a hot technology area right now. Apple has a product on the market now, the Apple TV, and Amazon is expected to bring their set top box out within a month.

These big players became interested in this once they found how interested consumers are in their mobile games. In fact, both the iTunes store and Google Play have so many games on offer that they are virtual arcades. With sales like this, it is obvious the market is hot, and that the big companies are taking it seriously. Apple has their offering in position, and with Amazon hot on their heels, can Google be far behind?

We have high expectations from Google

Google has attempted similar products in the past, with little success, and industry insiders are speculating about what their next box will do. Their relatively new Chromecast dongle allows mobile content to be played on a television.

How will the new box operate? While it could be something as simple as a Chromecast-style connection to the internet, experts predict that it will be more capable than that, but still far short of the powerful mainstream gaming consoles that are already  on the market. Google does have money to invest, however, and they have proven their willingness to spend on new technologies before.

At the moment, it looks like the established consoles on the market, the Microsoft XBOX One and the Sony PS4 will retain their leadership positions. It doesn’t appear that the new boxes from Google, Apple, or Amazon will be powerful enough to take a bite out of their core market. However, this could be just the start. As hardware gets cheaper and cheaper every day, and cloud computing becomes more powerful, flexible, and integrated into our lives, things could change.

The public’s gaming tastes can and do shift, also. In a few years, these two powerhouses may be facing some serious competition. Years ago, people thought it was an odd choice for Microsoft to move into the gaming market from its traditional Windows and desktop software. They thought the same when Sony made their move into gaming consoles.

Google has some big advantages at this point – incredible financial clout and money to invest, teams of highly skilled engineers, and an Android platform with millions of users worldwide. They certainly have the potential to become a big player in this market, and the purchase of Green Throttle Games looks like a step in that direction.

Chris Austin Christopher Austin is the writer of this article. He always stays updated with new gadgets launched or will launch in the market. Also he is a regular contributor at an online gaming site Parking Games 365 where you can play latest parking games.