Hitchcock from Cinemek is a mobile storyboard composer. For those of you that don’t know, a storyboard is a series of panels of rough sketches outlining a scene of a movie or commercial. They are used to help plan out the shots needed before you start filming. Hitchcock is a very specialized app so most likely the average iPhone user doesn’t have a need for it. However, for any filmmakers out there take note of this app. You’re going to want to get it.

You can add pictures to your storyboard from your photo library, or directly from your camera if you have an iPhone. This is a great feature because you can begin your storyboarding while on a location scout.

Once the pictures are in your storyboard you can rearrange the individual frames, duplicate or trash them.

The panel view is where you can view your individual frames. In this mode you have the ability to label the panel by scene and shot and add text. You can also add camera movements. Hitchcock supports most of the basic camera movements, including dollying, tracking, zooming and panning. It is missing the ability to angle the shot which some film makers may need. A great feature that it does have is the ability to add an actor that may not have been there when you took the picture.

There are enough options to make the app very useful, but not so many that it feels bloated or hard to use. Hitchcock is very intuitive. Without any previous instructions I was able to pick up this app and instantly start using it. The only issue navigating that I had was occasionally while attempting to scroll the page up or down I would accidentally select a frame and end up moving it’s location in the storyboard.

Once you’re finished editing, Hitchcock allows you to email a link to yourself where you can download your storyboard as a PDF.

Another way that Hitchcock allows you to pre-visualize your film is by using the watch feature. You can set the duration of each frame and Hitchcock will play back your storyboard using the camera moves you have designated. If you have recorded audio in the panel mode, it will also play that audio back with the video .

The price for Hitchcock is on the higher end as far as iPhone apps go. But when you take into account what you can do with this app and compare it to the price of a storyboarding application on a desktop this is very cheap and worth the price.

All in all, whether you are professional or amateur film maker, having the ability to make storyboards on the go makes Hitchcock a must have app. 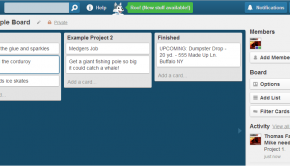 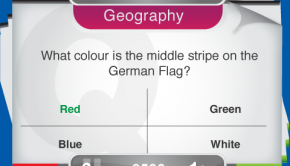 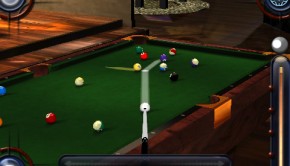