Remember the times when people used to get prank calls? It was much easier to make phone calls in the old days as it became difficult to know who was on the other side of the call.

But today, with so many tracking systems, one cannot make a fake phone call. Moreover, people quickly recognize your voice and all your plans go vain.

Thankfully, now you can unroll the same fun spontaneity with the prank call apps. Yes, these are specially made to bring back those old techniques and have fun by harassing your family and friends. Well, a good and safe prank call never harmed anybody, right?

So, keep reading to learn how these fake call apps are developed to live those memories of the old pranks in new ways.

How does the Fake Call – Prank work?

Traditionally with the old phone call, one would call on a person’s landline by being a disguised personality. These calls are made to trick someone. Today, as it is easy to track down the person’s number, these calls can be done through an app.

So, you can dial any number (mostly known people) and talk with them by acting like a stranger, with the latest updated prank calling applications that are an array of features offered to you, which we will discuss later in the article. So, now you can talk about anything rubbish or make a full-fledged conversation to trap the other person.

For instance, you can call and say the following;

Caller: Is May there?

Caller: Don’t you remember me…

And the conversation can be extended as long as you want to!!! Excited? There is much more to be explored with these prank-calling applications. Let’s explore them in our next section. Let the trill begin!!!

Features of a Fake Calling Apps

There are specific pros to the fake calling application, and there are particular cons now; we will discuss cautions one should keep in mind while using these prank calling applications. Note, that the receiver can file a complaint against you in these cases.

Similarly, there are different laws for different countries and states particularly. You need to be well aware of the regulations before making such calls.

Next, we will talk about the most frequently asked questions about the prank call applications.

Is it illegal to record the call?

Generally, prank calls are often done to family and friends. Therefore, even if one records the calls, there should be no issue in the future. But if you call an unknown person, you might end up in trouble. In many states, recording calls might amount to wiretapping, which can create issues for you in the future.

Can Prank Calls be Considered a Hate Crime?

Yes, if your prank calls target someone to harass him or make fun of his characteristics, it is considered a hate crime. If these prank calls violate the state’s laws, then you might end up on the wanted list.

Is Fake calls Prank apps Safe to use?

Yes, the trusted prank-call applications are safe to use. So, only people download the recommended apps that are tried and tested and make sure that you download the relevant one on your phone.

Prank calls are entertaining and exciting to do. Yes, there are some issues faced if you do not download a trustworthy application. At the same time, some of the apps are fake, while some other prank call apps are trusted ones.

For fun, you can try these applications and experience the best moments of your life. So, start calling your friends and unroll the fun!!!

For Many Parents With Disabilities, Starting a Business Is the Perfect Employment Solution 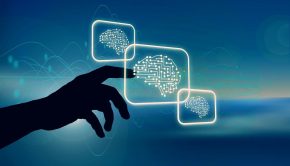 AI Runs The World, But Can It Take Over?

AI Runs The World, But Can It Take Over?

For Many Parents With Disabilities, Starting a Business Is the Perfect Employment Solution