Three years since the launch of the first real-cash gambling app for social networking site Facebook, Jackpotjoy has reinvented itself for 2015 with the launch of its latest bingo app.

It was a very different time back in 2012 as far as online gambling and social media were concerned. In an age in which online gambling had not even yet been legalised in New Jersey, (the practice is legal in just three North American states today – Nevada, Delaware, and, since November 2013, New Jersey) the prospect of playing games for real money on Facebook seemed nothing short of ludicrous.

Indeed, Facebook’s in-app games were becoming far more prolific, such as the enduringly popular Candy Crush, but it was another big step for the social network to allow its players to use their own money. It was down to London-based operator Gamesys to step up to the mark, and in 2012 it launched the Bingo Friendzy app, dubbed “the world’s first real cash game on Facebook.” The app was restricted to users aged over 18 and was extremely well-received by Facebook’s gaming communities. 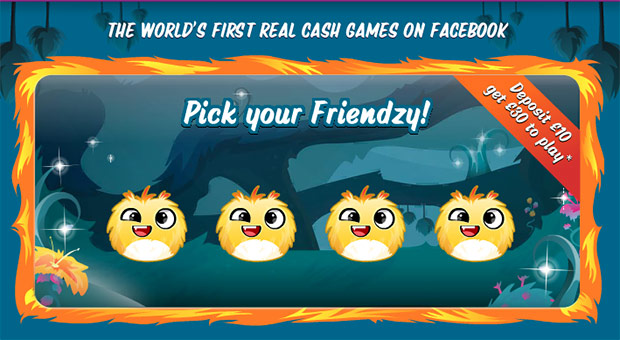 Fast forward three years, and another of Gamesys’ brands, Jackpotjoy, has re-launched its bingo app for Facebook, using a £25 starter bonus for new players. Version 2.0.0 will feature the Aztec-themed Fortune Temple slots game, as well as a 20 line slot, Double Bubble, which promises players bonuses of up to £80,000.

While game variety has increased, the technical aspects have also improved, with far fewer bugs and general better app stability, making it far more accessible to the ever-increasing smartphone market.

The update comes in line with one of the biggest acquisitions in iGaming history, which was officially finalised in April after discussions in February. On February 5, it was announced that Canadian iGaming giant Intertain would be acquiring Gamesys’ assets in a deal worth £425.8 million. Among the assets were Jackpotjoy, which has risen to the status of the most popular online bingo operator in the UK, largely thanks to the hiring of Barbara Windsor as its very own ‘bingo queen.’

Gamesys operates its gambling activities by having them regulated and licensed by the government of Gibraltar. Its new deal with Intertain will doubtless guarantee even more innovation as far as online games are concerned, and with the ongoing partnership with Facebook, we could in for even more exciting games in the future.