I’ve never jumped off a building before, but if I thought I could swap spit with a bunch of ladies on the way down maybe I would! This casual game by Tequila Mobile SA throws your hero off a rooftop so that he can do exactly that. If he kisses enough of them to fill the heart meter at the top of the screen a throng of ladies will catch him and carry him off to the next stage and, if not, he goes splat.

That’s more or less all there is to this game, but as you progress there are lots of obstacles and powerups that gradually get added to the freefall to make things more interesting. Obstacles start off innocent enough with cats and dogs who will try to mess up your face if you come too close, then there’s a bully who clearly doesn’t want you kissing him, and eventually you’ll have awnings and balconies to contend with.

Because your descent is timed, these obstacles can mess you up pretty good by slowing you down to the point where the clock runs down before you finish kissing and then it’s Game Over, and they also reduce your heart meter. Luckily, some of the powerups help you go faster by doing things like speeding you up (which also makes kissing a little more difficult) and making you temporarily immune to the cats and dogs and bullies. There are powerups that do other stuff to give you more points and make your kisses more potent, but speed and immunity are two of the more important ones to go after.

There’s not much else to say about how Kissing Frenzy is played. The production values are pretty good, I like the creativity in all the wacky stuff that surrounds the ladies your guy is trying to get with, and I think it can be a pretty fun game if you play it in short spurts. A word of warning though… if you play it for 50 levels straight like I did it can get to be very repetitive!

I guess the fact that I was able to play through 50 levels before getting incredibly sick of the game is a pretty good sign, but each level only takes a minute or two to complete and if you have cat-like reflexes as I do then it shouldn’t be too hard. When you get tired of falling through level after level after level, there’s also a Survival mode where you just kiss as many girls as possible before your heart goes empty, and the game also comes with pass-n-play Multiplayer mode which is something I wish more games would include.

iPod music isn’t supported and there’s a scoreboard that looks like it’s global but I don’t think it is since I can’t figure out how to input my name on my 50-level score of 682,626.

So… would I pay for this app? Yeah probably, but I’d say check out the free version first to see what you think of it! Some will find it addictive while others may get bored after 5 or 50 levels. 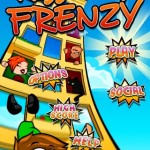 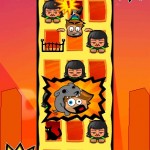 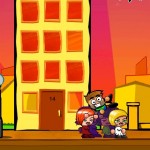 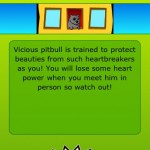 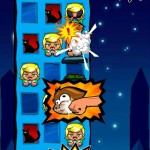 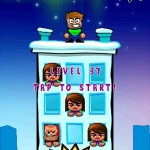 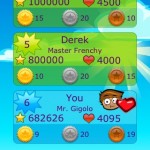 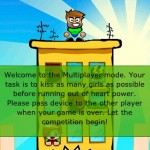 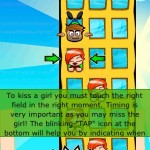