The original Missile Command was released to arcades in 1980, and aside from being played by John Connor in Terminator 2, Missile Command has provided a solid core gameplay element which has been either the direct inspiration of evolved upon in far too many video games than I could even attempt to list– Also, it just so happens that this gameplay mechanic works fantastic with the touchscreen of iOS devices, which explains why so many developers are eager to take their shot at a Missile Defense inspired game. 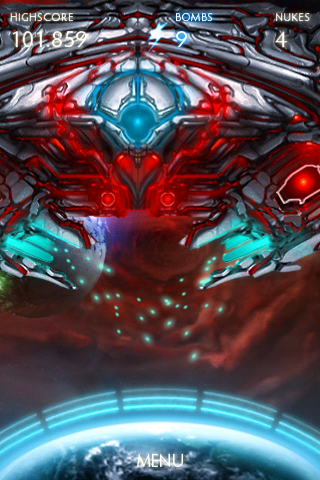 Fishlabs, the guys behind Rally Master Pro 3D [$4.99], Galaxy on Fire 3D [$2.99 / Free] (as well as its sequel) and many other games are soon bringing Earth Defender to the App Store. Earth Defender puts players to the task of, well, defending Earth. An array of aliens are attacking, and you’ve got to drop strategically placed bombs up in space for them to run in to and blow up. Enemies that explode will also cause chain reactions of explosions to other nearby enemies often creating massive and often unintentional screen-clearing combos. 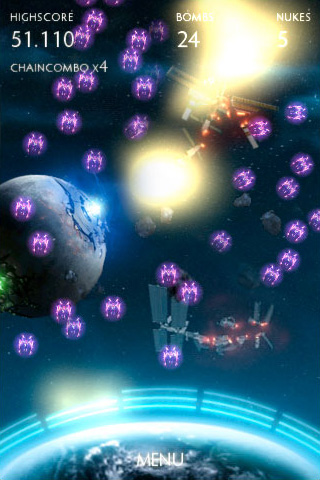 Fishlabs mixes things up a bit with some fantastic graphics, cool sound effects, and multiple enemy types that require you to either tap them directly to fire a laser from Earth in order to destroy them, or tap and hold to fire a concentrated beam in some instances. Power-ups are plentiful which modify your default bombs in to having additional effects, such as the lightning bomb which seems to chain easier. Like any good Missile Defense game, there are also bigger bombs that clear the entire screen which are initiated by shaking your device.

You can see how all these things go together in the following gameplay video:

One final thing, and probably my favorite thing about Earth Defender is the introduction of bosses that take up the whole screen. Nothing makes a space game (or really any game) better than absolutely gigantic boss battles. Earth Defender is coming soon, and we will post more information as we hear it from Fishlabs. In the meantime, if you’re like me and somehow can still have fun playing Missile Command style games 30 years later, make sure Earth Defender is on your App Store watch list. 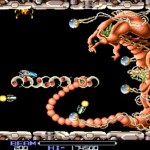 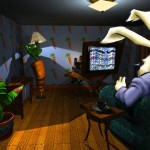