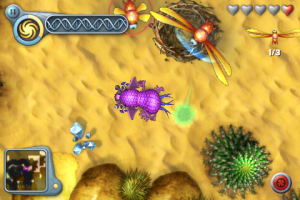 EA’s Spore Creatures is the sequel to Spore Origins [99¢ ], one of the very early big-name games to be released on the App Store. While Origins hasn’t exactly aged well, Spore Creatures takes a similar tilt to move and eat stuff mechanic and adds a considerable layer of depth to nearly all aspects of the game.

As obvious by the screenshots, this game takes place on land and you will need to evolve to move rocks or otherwise interact with the environment, socialize with other creatures, and fight bosses among other things. Along the way your creature will evolve getting new body parts which can be added to your infinitely customizable creature. 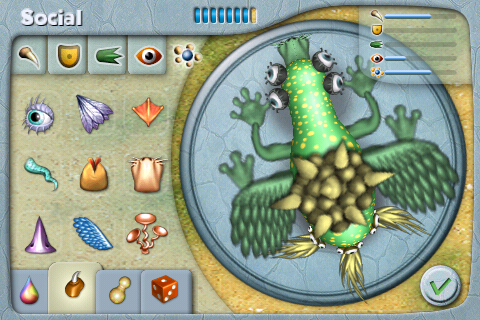 The following video shows the creature builder as well as eating and socializing with some friendly crabs:

It’s hard to say how much allure the Spore brand name even has anymore, but if you enjoyed the first game, you will likely have just as much fun evolving a new creature on land. Spore Creatures is also part of EA’s holiday lineup, and should be released soon.