Dizzy is back! This game is close to my heart after playing the Dizzy games back in the day on a ZX Spectrum and later on the Sega Megadrive. Sadly dizzy never made it beyond the 32 bit era having his last adventures on the Atari and Amiga.

Although he was gone he was not forgotten, and various attempts to bring him back all seemed to fail. Recently there was a Kickstarter campaign (last month) by non other than the egg’s creators ‘The Oliver Twins’ who wanted to give Dizzy a complete overhaul to bring him into the 21st century. Sadly this failed and we had to settle for a Codemasters remake of Dizzy Prince of the Yolk Folk.

The graphics have been lovingly updated from its 16bit counterpart and everything has been mirrored from the original so retro fans and dizzy fan boys will be happy. This game celebrates it retro-ness with an old style graphic splash screen and Amiga ‘workbench’ screen whilst loading. However, for new gamers I am not sure the pick up and carry mechanic will hold many people’s attention. In essence, you have to find an item at one end of the level, take it to the other end and move forward. Sounds simple enough but there is plenty to keep you entertained throughout your journey. From start to finish there is a few hours game play so its well worth the price tag.

The one let down has to be the controls. They work fine but just seem a little ‘spread out’. There are six buttons for each of main points of the compass; up down, left right and all the diagonals but they are on all sides of the screen which makes it unusual to play to say the least.

Overall, it’s great to see the little egg back in action and although many newer gamers might not like the simplicity of this classic adventure those that remember the early day of gaming will play it with fond memories of yesteryear. We can only hope that this is Dizzy dipping his proverbial toes in the world of smartphone gaming, as it would be great to see more of our shell shocked hero. 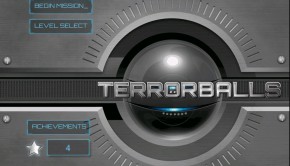 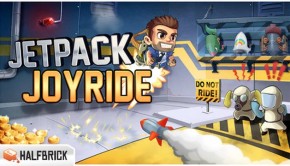