There is something ethereal and relaxing about floating round a planetoid held by the gentle caress of gravity. Round and around you circle altering your width and speed with the touch of a thruster. Then a meteor or rogue planet comes crashing into you like a drunk uncle at a wedding. 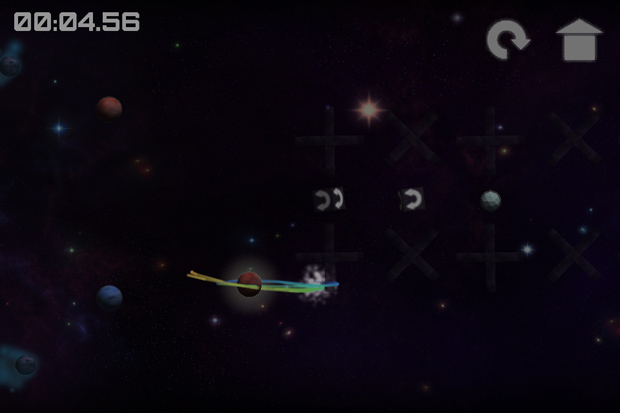 Grav is a gravity based puzzle game by 2DM based on the Unity engine. You take control of a small ship whose task it is to collect spheres from around four galaxies imaginatively named Alpha, Beta, Gamma and Delta. Each galaxy has ten levels to complete and whilst short for a puzzle game it ramps up the difficulty quickly to ensure that the completion of each level is truly satisfying. 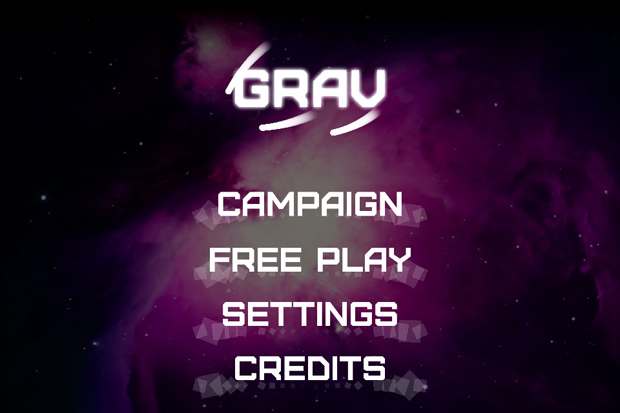 So what do you do?

The gameplay is based around using the gravity of various planetoids to circle your ship towards the sphere. Once collected you are rewarded with one to three stars. There is however, various obstacles which get in the way in the form of black floating barriers (who put them there we will never know). Black obstacles on top of the blackness of space does make it hard to see when in bright light but I can understand why they did it as they didn’t want these floating walls to detract from the ‘space-ness’ of the game. By pressing the screen you activate your thrust which can change the nature of your orbit putting you in a better position to thrust to your next target. when you have the right position you effectively ‘swing’ your way to your objective.

Is it any good?

The games simplicity makes it instantly playable and highly enjoyable and you can fly through the first few levels with some ease. Once familiar the levels get decided hard and they add a reversal block which effectively changes the direction of your orbit. You need to use these wisely in order to navigate to tricky ‘blocked off’ areas in order to retrieve the sphere. As an added pressure point, there are many levels which instantly put you in harms way and you have little time to strategize before you are smashed with a meteorite or oncoming planet. And did I mention the meteors chase you… well they do!

The graphics are a pretty standard affair of generic space background, simply rendered ships and obstacles and a futuristic GUI (graphical user interface) giving the game a simple polish. The music is fitting with the theme, if a little to too relaxing considering you are being chased by two flaming meteors intent of your destruction. 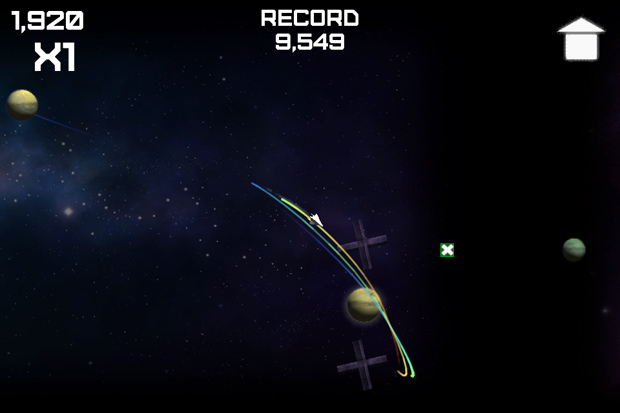 Aside from the ‘Campaign’ mode there is a ‘Free Play’ mode where you play a side scrolling distance game. This mode sees you swing from planet to planet collecting multipliers and avoiding barriers. The idea is to get as far as you can and collect as many multipliers as you can in order to get the highest score. Along the way to have to avoid the meteorites and make sure you are not left behind by the scrolling screen. This is fun addition to the game and although it lacks in Game Centre integration (it would be nice to see how you compare with the rest of the world) it is still satisfying to know that you are improving.

At the time of writing I was in the penultimate level about to face the big ‘forth’ galaxy and I had tackled some pretty difficult levels. In many ways the game is short but I spent A LOT of time tackling single levels of the game being frustrated but not put off which is indication of great game making. This is a great game that you can complete with a bit of effort and its fun whilst it lasts. I’m not sure if I will return to it once complete but I know that when I played it I had fun. If you are after a fun, throwaway puzzle game that’s simple, solid and satisying then I would recommend Grav. Just make sure you get the right game though as there are two games of the same name… This is the one you have to pay for 🙂 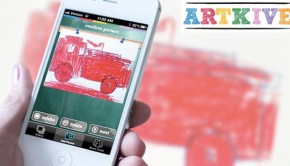