We heard about this game a few months back whilst reading up on our old 8 bit hero ‘Dizzy’.  Dizzy was an egg who had numerous adventures in the days of the spectrum and Amiga.  I believe his last outing was on the Sega Megadrive before the Oliver Twins and Codemasters had a falling out and poor Dizzy fell by the wayside. 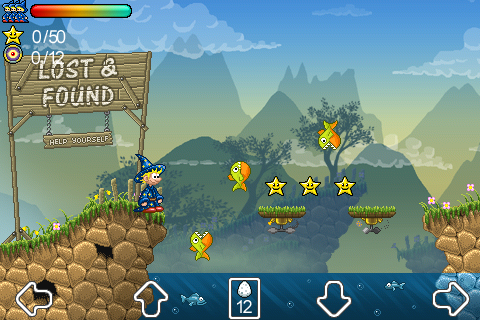 This new game for the ipod and iphone follows in the footsteps of these games as you control Wizzley, a trainee wizard who is sent to save the kingdom from a returning evil in the form of a vampire.  You control Wizzley and explore a huge hand drawn world of puzzles, quests and fun. Along the way you’ll meet Kings, Princesses, Trolls and Witches.  The dialogue is great and the characters each have a personality of their own. 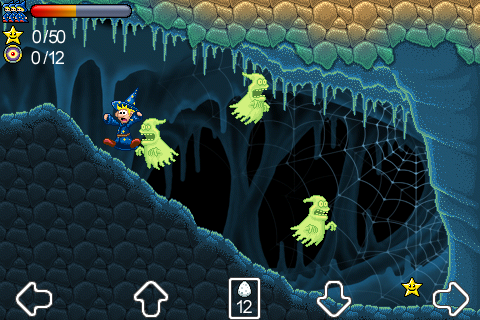 Visually the game looks fantastic and looks fresh whilst retaining its ‘retro’ roots.  As with the Dizzy games you can only carry three items at a time so much of the game involves tracking back and forth through the kingdom boiling, destroying, opening, activating and using.  Many of the younger gamers might find this style of game play tedious however due to the nature of the game we expected as much.

One thing that this game did that Dizzy didn’t was the use of eggs as weapons, which you can throw about the place to take out enemies, solve puzzles and hit these weird eye things which I have no idea what they do. 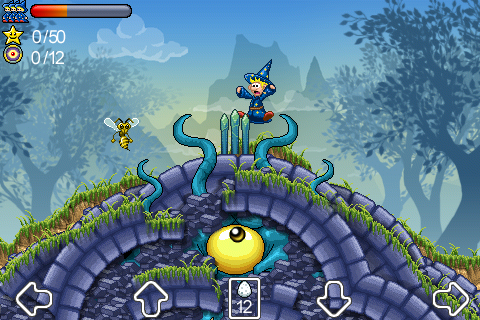 The two issues I did find was the positions of the controls as these felt unnatural and the lack of a jump button.  At first I thought it was broken but as far as I can tell, its supposed to be like that, however,  the confusion is increased by a lack of instructions.

The lack of a save game option is handled by the use of 3 chapters so as you complete one, another is unlocked and you start a fresh from there.

Overall Wizzley Presto is a traditional cartoon adventure game with some great visuals and funny dialogue and sweet music.  The game has several nods to the classic Dizzy series and is a magical adventure for the ipod and iphone. 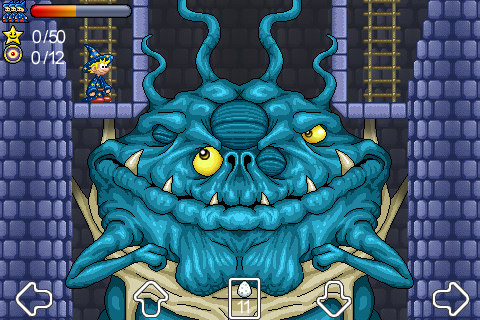 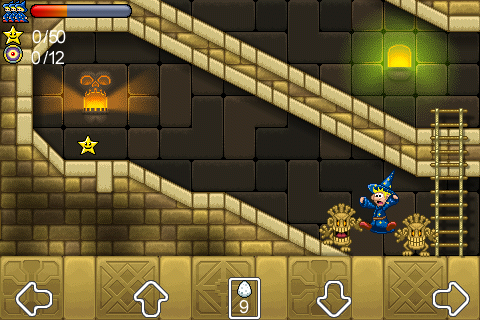 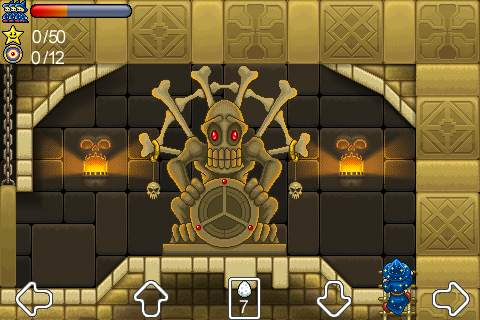 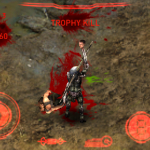 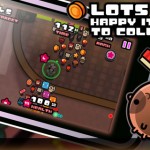