When it comes to puzzle games, tetris holds the throne. The team from Atlus USA -the creators of the Burger King promotional Xbox 360 titles- published Droplitz,  a pipe-connecting puzzle game. They are aiming to put out our thirst for something new in puzzle games. And, surprisingly, they do have some interesting, varied characteristics…

As I said earlier, Droplitz is a puzzle game based around moving and routing a bunch of water drops. The drops start at the top of the screen. So, the main objective is rearranging hexagonal pipe segments to facilitate the journey of water droplets from the top of the screen to the bottom of the screen. There are a series of spinning dials that have different tube paths.
By altering the orbs, you try to create linked chains for the drops reach the “collectors”. The game is over once the number of drops runs out. Points are given by routing drops to the “collectors”, triggering bonus drops and the number of dials knocked out in your completed paths. The more connections you make, the more the score multiplies. Connecting pipes so that water flows from point A to point B is easy, but stringing together combinations is where you start racking up some big points. After you’ve made as many connections as you can, the tiles disappear, and in order to keep the combo going you’ve got to quickly make a new connection or lose everything.
Controls in the game is basic and easy. You just need to tap the dial to spin it. And you can make the dials move in the opposite direction by pressing a special dial.

On a side note, there are options to change the overall color schemes during gameplay, which makes the game just a little more playable, I guess.

Droplitz is the sort of puzzle game that I consider numbingly addictive. Like Tetris, Bejeweled, Hexic, or any successful game in the genre, it foregoes a flashy presentation, fixing your attention to its particular game play mechanic and lulling you into a sort of fugue state in which the only thing that makes sense is playing more.

All in all, with three gameplay modes (i.e. Normal, Hard, Free Play), Droplitz will keep you busy for a while! 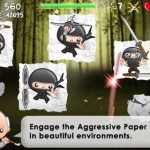 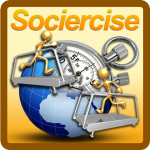