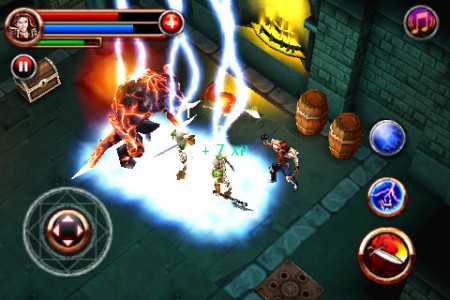 Dungeon Hunter is the premiere hack’n’slash rpg release by Gameloft. Those players who are longtime fans of the Diablo series or familiar with the look of games like Dungeon Siege, this game will seem very similar. The game plays a little like Pixel Mine’s Underworlds with it’s upgradeable characters and various items that can be collected and utilized.

Right from the beginning of the game you are given a choice between three different classes of characters to play. You can pick from the standard classes of Warrior, Rogue, or Mage. Each class has it’s benefits that are special to it personally and it really comes down to what style of play you enjoy the most. Getting into the game, you start out with almost nothing and have to fight your way through a dungeon to escape. As you progress, you will collect different weapons and gain levels as you fight. The controls in the game are smooth with each style of attack being assigned to a button and the virtual joystick.

For fans of this style of game, it is definitely a solid release. It could quite possibly be the best of its kind on the iPhone. The game is priced at Gamestops new pricepoint so you’ll be paying a medium price for the game. After distributing my experience points into the abilities that I wanted I can definitely say it would be worth the purchase. Check it out. 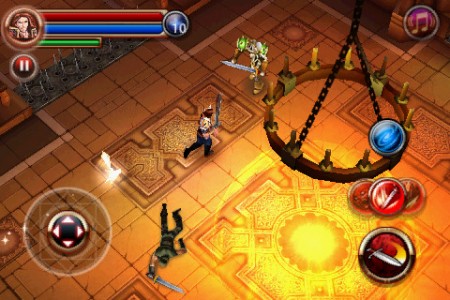