Heavy sword has been lovingly crafted by a huge retro gaming fan. This fact is obvious as soon as you begin playing.

The intro sequence is reminiscent to the classic New Zealand Story as the small army romp across the screen to steal your Zelda inspired princess. From there your adventure takes a much more Mario inspired turn. The gameplay mixes the running and jumping of Mario with the sword play of both Rastan and Ghouls and Ghosts. The main character can hack and slash his way through the pixelated perpetrators building up the size (and its damage) as you go until reaching the spinning gate found in the first Sonic the Hedgehog games. Throughout the level there are familiar tubes to go down and explore and power up blocks which need to be head butted to activate; again, very familiar stuff. 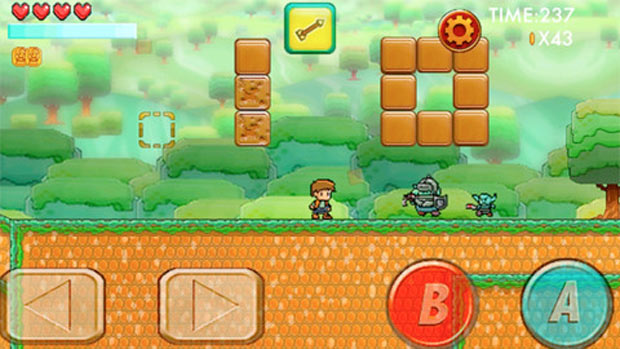 Each level opens up a new path on the top down map and large coins can be collected in another Zelda-esqe styling.

The pixel graphics are all very tidy and the backgrounds have been heavily borrowed from Mario but there are a number of nice touches such as the dancing bushes, and various farm animals that give the game a cuteness.

Music and sound are all pretty good but the music, despite being a solid tune has a certain modern guitar riff that doesn’t quite fit the retro theme.

There is plenty of questing to do in this game and I could see throughout my first play through that areas have been made inaccessible in order to add to its replay ability which is great news. 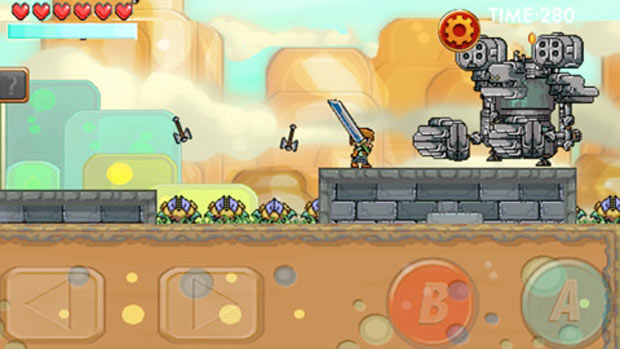 Sadly, I did encounter a few slowdown issues on my iPhone 4 that did detract from the game. However, this was rare so not a huge issue.

Overall, this is a great little game that will keep you busy for some time and of you are a fan of the classic games you will find lots here that remind you of the olden days of gaming. The guys are Monster Robot Games have obviously put a lot of time and love into this game and as such it should be on any retro gaming fan purchase list. If I had to describe it to someone quickly I would say; if Mario, Sonic, Ghosts and Goblins, New Zealand Story and Zelda had an orgy, Heavy Sword would be the resulting love child… 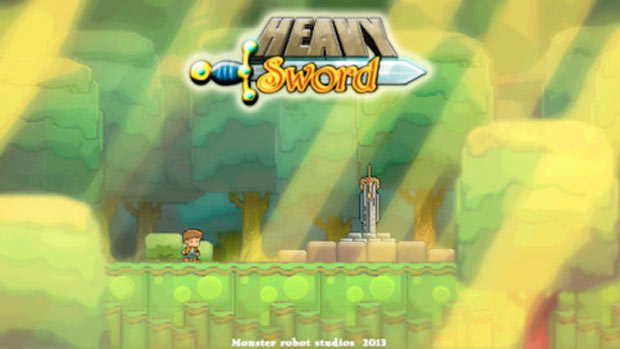