Shadowrun Returns has been on my radar for some time. This Kickstarter project by Hairbrained Schemes looked to bring back the classic game and once again plunge the player into the seedy cyberpunk universe. Set in a future where a cataclysmic event called the awakening turned people into the creatures of fairy tale such as orcs, elves,and dwarves and normal everyday people suddenly woke up a different species. This new world was a mix of technology and magic. The concept is fantastic and the universe well realized. Sadly, Microsoft bought the IP many years ago and made an online first person shooter out of it much to the disappointment of the fans. 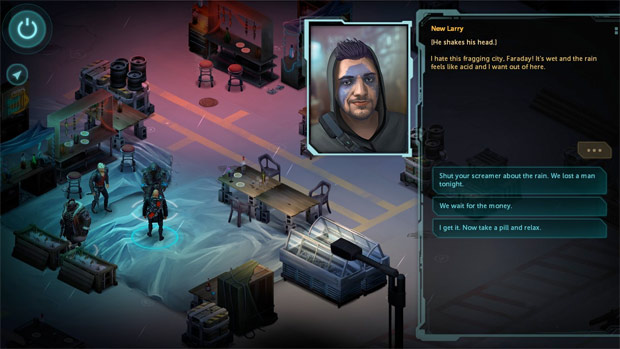 It’s back with a vengeance

Hairbrained Schemes wanted to stay loyal to the original and the screenshots in the Kickstarter campaign really sold it. The project raised nearly 2 million in funding after only asking for $400k and the IP returned to the original creator. 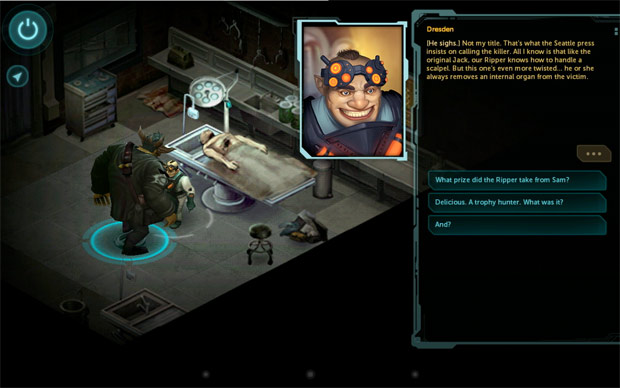 but what about the game

The first thing that will put you off is the price. £7 / $10 is a lot to pay for a mobile game in this day in age, especially one by a small development company. As the game was originally built for PC you can expect more depth than the average mobile title.

The graphic mix detailed 2D backdrops with 3D character models and whilst both are good in their own right, the merging of the two is a little jarred. Personally I would have preferred one or the other. The team have tried the best to merge the two using subtle animations and the ability to walk behind the 2D backgrounds but its not without fault. I think the optimization done on the graphics in order to bring the file size down has give some of the visuals a slight grainy texture that might not be present on the PC version. 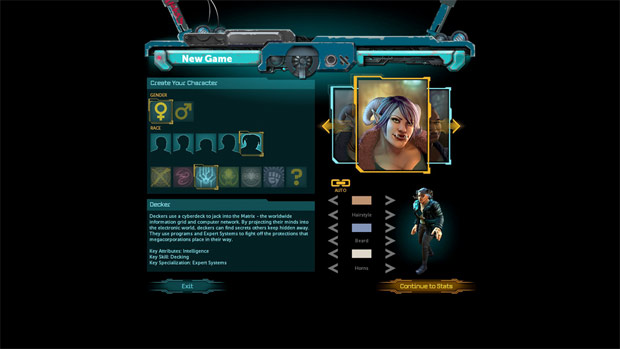 Sounds and music are limited but solid and the music fits the grungy and tired future it portrays. Weapon Sounds are spot on and whilst I understand why there is no voice acting I think the odd street vector call or ‘hello’ here and there would not have gone a miss.

The story and dialogue is where it really shines. There is a lot of text, a lot of story and decision trees aplenty. This is why voice acting was never on the cards as the audio files alone would have filled up a standard iPad’s memory. The film Noir style story mixes seamlessly with the crime thriller narrative and you feel like a futuristic Humphrey Bogarde after the next lead in your hot case.

The game-play is mainly point and click with turn based fighting. These work well and stay true to the original game.

Many on the App Store complained of problems and sections not loading. I did suffer some issues after downloading but once I had rebooted my tablet I did not have any further issues.

Overall, this is a big game so you get your money’s worth and if you liked the original then this trip down memory lane will be a lot of fun. If you are new to Shadowrun you might find it different to more recent titles, as it requires a lot of reading and remembering, as there is little hand holding so you will have to concentrate. This is not a game you can dip in and out of in 10 minute intervals as there is a lot to take in so i would recommend tackling it is large 2-3 hour sittings. The game plays well but the mix of graphics is slightly off putting at times but if you are a fan of the cyber punk genre then you will find a lot here to keep you busy. 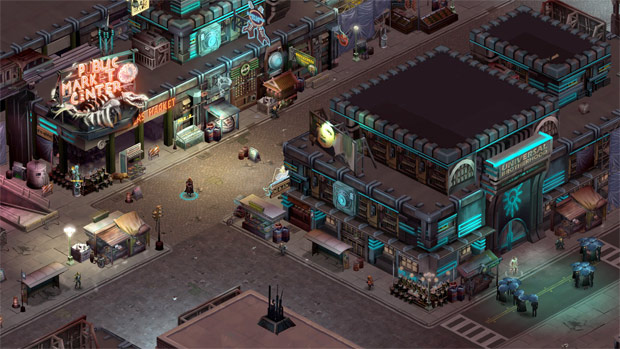 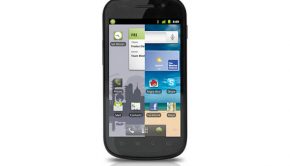