Sorry readers for the huge gap since our last review, it’s been all go at this end with new jobs, and even new babies!! (big congrats to Foyble on that one!) 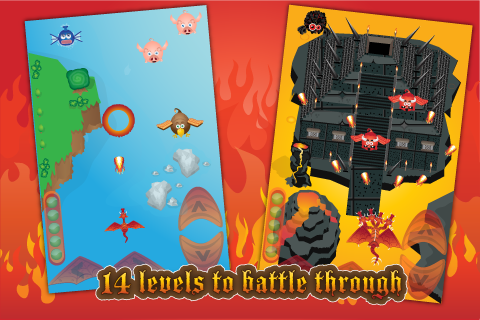 Well we’re back and what better way to come back than a ‘First Play’ preview of the new top down shooter Dragon Fire: Una’s Quest.  Dragon Fire is a bright, fun and strange top down shooter reminiscent of ‘Pop n Twin Bee’ and ‘Parodius’ where you play Una, a small red Dragon who’s aim is to bring peace back to the land by shooting everything that moves.  The auto fire constantly shoots and you use an onscreen D-pad (or optional joystick) to control the player.  Power ups include Phoenix wing men, winged health fairy and power up coins which allows you to grow extra heads increasing your firepower.

The graphics are bright, colourful and imaginative as you will be shooting all sorts of ‘weird and wonderful’ creatures including flying pigs, minotaurs, griffen types creatures and a whole lot more.  The 14 levels each have 7 end of stage bosses which are REALLY weird such as rocket launcher hog, a spitting camel on a lilo and a strange lava Mexican throwing chilli’s at you… very odd… but at the end of each level you have to face down the dragon guardians. 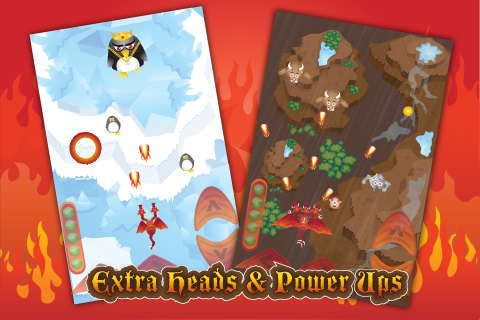 The gameplay is good and the dragons moves well but there are a few times when it feels a little sparce and its hard to know how much health you have when you are bombarded by enemy bullets all the time.  The music and sound effects fit well and have a epic feel to them giving a relatively slow game an bit more excitement.  The levels don’t change so memorizing them and attempting to kill anything that moves is your best bet to completing it but we still found ourselves going back over the previous levels in order to collect the all important stars as these unlock three mini games.

We were only able to unlock two of the games at the time of writing which all seem to be pig related (weird i know).  The first is a plinko game in which you drop coins down a pin board to get them into a moving piggy bank at the bottom.  Its pretty simplistic but it has two game modes which is great for a quick game/distraction.  The second game we managed to unlock was a platform game like ‘Cliffed’ where you have to get a pig down a tower whilst a spikey bar drops from the ceiling… very fun, but quite hard.  The final game looks to be a tap game but as you needed 5000 stars to unlock we don’t see ourselves unlocking that for a while. 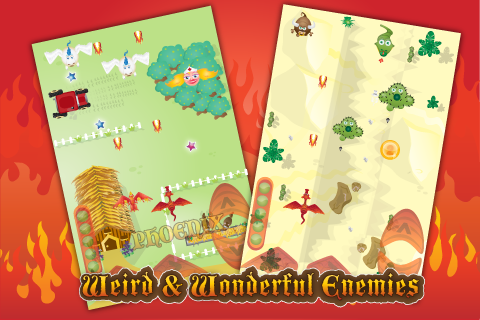 This is a great shooter with a retro feel which took us back to the top down shooters of the neo geo. You can tell its from an individual developer and not a proper software house but this is better than a lot of the apps out there. The build we had did have a couple of bugs which were some gaps in the background and a couple of colour inconsistencies but we hope the final build will have these sorted.  Overall, Dragon Fire is great fun, with creative enemies, colourful graphics and some interesting replay options. Coupled with epic music and plenty of options this is a refreshing game which is well worth a look. 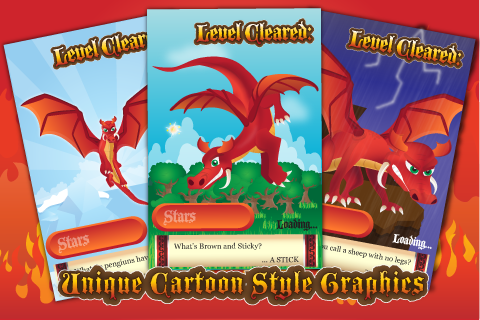 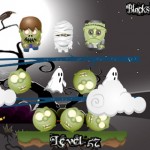 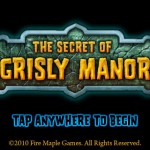