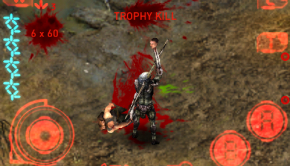 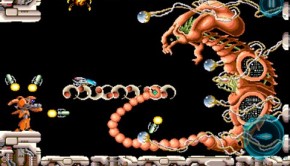 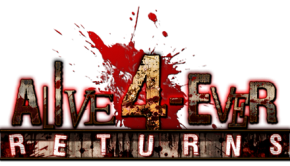 The sequel to the well received Alive 4-ever dual stick shooter has finally arrived. Alive 4-ever Returns expands on the […

The dual stick control method works great on the iPhone, and as such, it seems like there is no shortage […

It’s a bit of a late heads-up, but scrolling shooter fans should take advantage of Infinite Dreams’ weekend giveaway of […

Aside from the Parrot AR.Drone quadricopter, we haven’t come across much noteworthy in the world of iPhone gaming at CES– […

Few games have generated the amount of hype that Gameloft’s N.O.V.A. – Near Orbit Vanguard Alliance [App Store] has, and […

The Metal Slug franchise made a surprise appearance in the App Store this evening. SNK Playmore has brought a version […

Space shoot-’em-ups may remind you older, nostalgic readers of the days where there was no saving or second chances. It […

Despite its reputation for bite-sized casual gaming fun, there’s also plenty of ambitious games on the App Store. Indeed, there’s […

Sniper vs Sniper is the realization of one of my most requested games for the appstore. I’ve always wanted to […